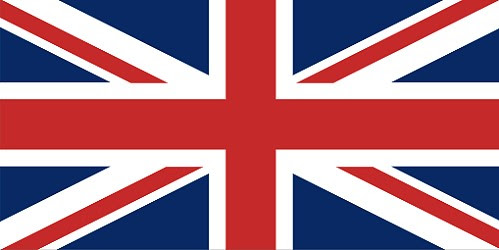 Ah, the Union Jack.  Representing the blending of the nations in good ol' Blighty by not even slightly representing Wales - unless that's what the white is?  It could be what the white is - it's a great flag for a great nation.  (Hums "Land Of Hope And Glory", wipes tear from eye)

* In what may be a key turning point in the championship, what looks to be a gearbox issue has robbed Sebastian Vettel of a victory, handing the top step of the podium to nobody's favourite driver, Nico Rosberg.  Ross Brawn may well be kicking himself for backing the wrong horse earlier in the season.

The Canberra Milk Kid himself recovered well to take second, after apparently being Grosjeanned on lap one, whilst Daniel Ricciardo made a good case for replacing his countryman, despite being hung out to dry after the last safety car with bad tyres.  And speaking of bad tyres...

* The tyres were really bad, with them exploding left right and centre.  Ham-Ham, Massa, Perez, Gutierrez and Vergne all suffered horrendous incidents, and it really shows the deeper problems with these issues that Hamilton and Massa recovered from halfway round the track to score points, whereas Vergne was forced to retire despite a much shorter trip back.

* So, tyres, then.  L'il Lewis' toys are resolutely out of the pram at this point, and why wouldn't he be angry, particularly when he had recently put on a plain black helmet to conduct a secret tyre test in his 2013 car, an act which was deemed to be against this rules and spirit of the sport.  I mean, of all people, it should have been everyone else who had the failures!

Pirelli are in a dubious position here; having been asked to make fragile tyres that would degrade in the name of entertainment - as Engine Blood has previously pointed out, this is a pretty uncomfortable concept - they seem to have gone a bit too far with the concept.  For Formula One though, it's a much more uncomfortable predicament.  If Pirelli decide the negative publicity is too much and pull out, there doesn't appear to be anyone who wants to step up and handle the hot potato...

And THAT'S all the blood that's fit to drain this week!
Posted by G.F. Hirons at 3:47 pm