One From The Vaults: Introduction/"Copper Blue"

Hello, my international chums!  You may notice there's been more activity than usual here in the last few weeks, as an odd set of conditions have allowed for some more publishing.  Here's a slight departure from our usual strands, established to look largely at the albums of this writer's youth.  Given that "Engine Blood" and "A Godawful Small Affair" aren't even getting done on time, and "We Game To Please" has all but disappeared, we may not see too many of these; still, I'm game for a try.  So: 1, 2, a-1, 2, 3...

These days I don't buy that many albums, and if I do, they're by an established act that I am unlikely to be disappointed by, either because they are likely to continue evolving (Bowie, Bobby Conn) or reliably deliver in their chosen furrow (Guitar Wolf, Billy Childish).  Either way, it's a familiar name on the label that draws my ever-greying pound these days.

In some cases, the name is so familiar that I already own it; yes, I speak of the new church of the "remaster", ever more omnipresent in these days where bands refuse to die.  Despite my usual world-weariness, I am inevitably tempted to part with a second wedge of cash for a very slightly expanded selection of tracks that even I can't really justify.

I think it's a symptom of reaching a certain age that one is doomed to attempt to recapture the feeling of their youth by re-embracing its popular culture, since the places you used to go are less accessible or affordable now, and the people you used to go there with are often more distant.  Either that or I'm a sap who clearly doesn't like money very much, as I keep seeming to fling it over counters for things I technically already own.

I always think I'm not going to fall for it as well; I generally couldn't care less about the accompanying book, which often sheds no new light on anything, and invariably features some washed-up old NME hacks rewriting history.  The album I already have, and my cloth ears (they're gingham, folks!) mean any changes in audio quality are entirely lost on me.

But there's always some curate's egg, some obscure doodad that appeals to the collector in me; the need to complete something kicks in, and suddenly I've spent the housekeeping on a shiny new old thing.  At least I can sell the old copy, right?  No.  Just...  No.  And it goes on like this, with no signs of stopping.

It's also utterly pointless as, other than a temporary shunning of my grunge albums during Britpop, I like to think I've kept a reasonably open channel to my past at most times, whereas some of my peers seem more embarrassed by their youthful pop splurges - and whilst I will have to recognise that for every "Nevermind" there's a "Nuisance", and even more sadly as some bands began to desperately consume themselves, for every "Dog Man Star" there's an "A New Morning", I'll always feel an affection for a certain period in my musical development.

So let's see if I can impart that to you, dear reader, as we tackle first what even was at the time was considered an old, familiar face suddenly breathing new life. 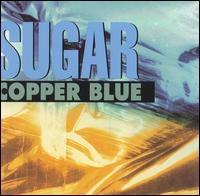 FOUND: Represented by "If I Can't Change Your Mind" on the Virgin compilation "Loaded".  We may return to this again, containing as it did my first tracks by (deep breath) The Auteurs, The Cult, Dinosaur Jr, Belly, Morrissey, Faith No More and The Frank And Walters.  First AND last, in the case of the latter.  After acquiring a second track, "Changes", on the "Greetings From Uncle Sam" compilation, the album was bought on cassette from an indoor market in Aberystwyth.

THE SELL: Husker Du were pretty big news in the eighties hardcore scene (the punk one, not the dance one, obviously), powered by the volatile creative partnership between Bob Mould and Grant Hart.  After their inevitably poisonous split, Bob fell on hard times commercially, only to rally with this and become an unlikely cult icon for a second successive decade.

However, this is more than a Bob Mould solo album, and had he not been so ably abetted by...  Er...  Thingy and Whosits on the other instruments, it wouldn't have been a viable project.  The sound is so full and dominant that it utterly absorbs the listener in a way few albums can, and whilst it is best played at a volume that makes a mockery of the human senses, there's some real pop gems amongst the noisier offerings.

THREE KINGS: Skull-crushing opener "The Act We Act", howling lament "The Slim" and stone cold pop-rock classic "If I Can't Change Your Mind".  In the case of the latter, seek ye also the BBC session version, which is a snarling wolverine compared to the fuzzy kitty of the album version.  You won't have to look far; it's on the remaster.  Hey, I'll lend it to you if you want?

WORST TRACK: "Fortune Teller".  I don't even know why if I'm honest; it's not bad or anything.  If there is a criticism of it, then maybe we can say it lacks hooks compared to the others.

ALSO TRY: The "Beaster" EP was made up with tracks recorded at the same time as "Copper Blue", but by no means are they rejects - largely a more harrowing affair than the poppier selection on the album, but no less worth your time.  And as luck would have it, it's just been remastered!

BUT AVOID: "File Under Easy Listening", Sugar's second album proper.  Hamstrung by an on-again, off-again recording pattern, this never got close to their previous heights.  Would it surprise you by now to know that it's been - wait for it - remastered?  Even I'm not falling for that one...

MAGIC MOMENT: The Flaming Lips, Cambridge Junction, July 9th 2002 - Bob Mould plays a very odd solo multimedia show which is lost on most of the crowd, then redeems himself and wins back the audience with "Man On The Moon".  Sadly, but appropriately, it is the last song.
Posted by G.F. Hirons at 9:22 am

Well said that man thing. I'm glad to see someone else confirm that File Under Easy Listening is...well just a bit entirely forgettable.

Oh and I'd recommend at least a listen to The Frank and Walters best of. A little twee in places but some stirling pop within.

Well said that man thing. I'm glad to see someone else confirm that File Under Easy Listening is...well just a bit entirely forgettable.

Oh and I'd recommend at least a listen to The Frank and Walters best of. A little twee in places but some stirling pop within.

"F.U.E.L." is an odd one; it's all there, it's just less compelling than it is on "Copper Blue". It sounds tired, washed-out.

Frank and Walters wise, I have only heard "After All". I feel better for admitting this, even though it shows an astounding lack of tenacity for me not to have researched any further at a time when I would listen to literally anything (Jocasta, Scheer and Autopop spring to mind, making me feel a bit sick). I'll have to remedy that.