One From The Vaults: Compilation Albums/"New Wave"

When I was a lot younger, and we're talking single figures here, I had a scattergun approach to music.  I liked the pop I heard on Radio 1, your Kylie Minogues, Michael Jacksons and what have you, plus sundry things from my parents' record and tape collections, so there's your Bowie putting in an early appearance, alongside such diverse delights as Erasure, Led Zeppelin, Alexander O'Neal and Guns And Roses.

Sometime towards the end of the Eighties, I seem to remember making a conscious decision to get more music; I could be wrong, as I often am when recollecting things from that far back, but that's how my brain has chosen to represent this process to me today so I'm sticking with it.  Ergo, I went to the go-to purveyors of compilation albums at the time, that being the good folks at Now That's What I Call Music.

There are much better websites around that chronicle that particular series, so I won't go too far into it; only to note that I had entries 13 through 17, though not 15, for reasons that entirely escape me.  Looking back at the tracklistings, it seems that Side B of Now 17 probably comprises my first exposure to weapons-grade indie, being a largely Madchester-derived selection - interesting what you can find out when you put your mind to it.

My memory does not record why I didn't go any further with any of the artists on these tapes, but I think a combination of a child's low budget and miniscule attention span probably accounts for me not having Redhead Kingpin And The FBI's album, if indeed there is such a thing, despite "Do The Right Thing" clearly being fantastic - ditto Tone Loc's "Wild Thing" and The Rebel MC's magnum opus, "Street Tuff" - but let's move on before this turns into a list of pop rap gems I quite liked in 1990.

Despite being the catalyst for my full blown love of music, Nirvana - we'll get to them, oh yes we will - actually contracted my musical range for a year or so, with me quickly turning from someone who would eagerly consume anything musical regardless of genre, to someone who listened to Nirvana, and maybe some bands that sounded like Nirvana, and ideally were on the same label as Nirvana.  Funnily enough, most of these acceptable alternatives were culled from the legendary and much coveted compilation "Sub Pop 200", or the cut-down vinyl version "Sub Pop Rock City" - two of the best finds me and my friends unearthed.

I mentioned "Loaded", a perfectly innocent Virgin Records rock and indie compilation, named for the Primal Scream song that was included therein, in my last post, and I think that one tape deserves a lot of credit for unlocking some interesting directions for me to pursue.  By the time I got it, I had managed to crawl away from Nirvana at least as far as Suede, who had "Animal Nitrate" on the collection, and having no further musical direction at that point it made sense to get a set of songs by bands whom, I was forced to assume, were probably a bit like Suede.

In that sense I was totally wrong, but here's a fact for you: of the eighteen bands on that album, there are only five that I don't now have albums by (http://www.discogs.com/Various-Loaded/master/125161 - answers on a postcard, no prizes will be given), so we can definitely say this had a big effect on young Master Hirons' development.

There's still a goodly amount of compilation albums being released, more often it seems along various themes, but I'm not sure if they really serve that much of a purpose in the Internet age, when a program like Spotify seems to occupy a similar niche.  But consider this a tip of the hat to anyone still taking the plunge - it broadened my horizons, and it could do the same for you. 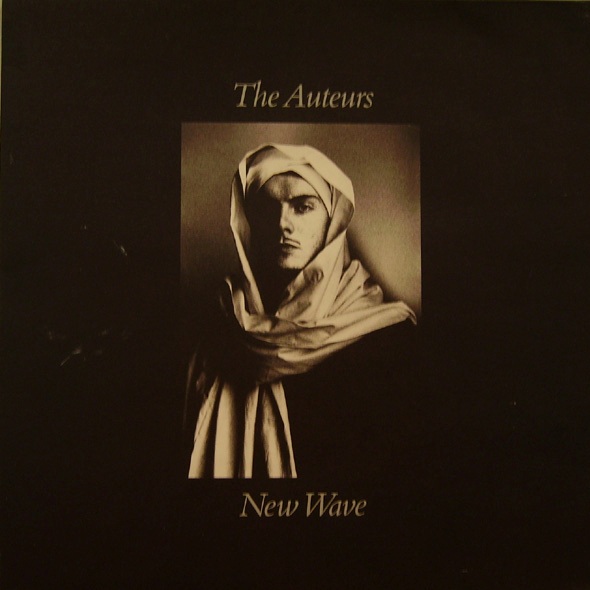 FOUND: Represented by "Showgirl" on the Virgin compilation "Loaded".  We return to this again so soon!  However, to my eternal shame, I was not responsible for bringing the album into our household; rather, it was my father who spotted the potential, whilst I was still saving up for a Lemonheads album on the strength of bloody "Mrs Robinson".

THE SELL: Songwriter, singer and guitarist Luke Haines did a much better job of describing his career in his excellent book "Bad Vibes" and its disappointing follow-up "Post-Everything", so anything I say here seems somewhat empty.  But for the record, a potted history: Mr Haines plied his trade with an ill-fated band called The Servants before unleashing his full talents upon the world.

"New Wave" seems to have been one last stab at putting at an album he could be proud of, and The Auteurs themselves were him, his girlfriend and Some Bloke on drums - a pattern that would repeat, with added cello, throughout the group's existence.

THREE KINGS: "Showgirl" has everything a song needs: catchy hooks, great lyrics, gaps and an excellent middle eight.  On Side B, as we used to call it, "Valet Parking" is just a superb offering; few songs are as well put together as that.  But if it's tender melancholy you seek, look no further than the sheer heartbreak of "Junk Shop Clothes".

WORST TRACK: I'm sure most people who are familiar with this album will be shouting "Don't Trust The Stars" at their screens right now, but I've a soft spot for that one.  If I had to pick, I'd probably go with "Idiot Brother", which goes on a bit.

ALSO TRY: "After Murder Park".  Again, Haines himself describes the torrid gestation of The Auteurs' third album better than I ever could, so I'll just say two things: Steve Albini produces it, and "Married To A Lazy Lover" is the second best song of the 1990s.  Case closed.

BUT AVOID: Hmm.  Cheating a bit I suppose, but some of the artistic excesses of his later solo work are worth missing out on.  If I've got to stay on The Auteurs though - and I like a challenge, so I think I will - there was a later album, "How I Learned To Love The Bootboys", that slinked out around 1999 with little fanfare.  Now, me, I love it - "School" and "Lights Out" are right up there with the best of anyone's songs - but if you had to leave one out, I wouldn't blame you for picking that one.

MAGIC MOMENT: Live at the ICA in 2001 (couldn't pinpoint the exact date), Luke Haines is promoting his recently-released soundtrack for the execrable film of "Christy Malry's Own Double Entry".  "And now for some film music of a different kind", he says, and the band launch into "Showgirl".
Posted by G.F. Hirons at 1:16 pm