COVER: Bah!  He looks like a girl.  Cut that hair, hippy!

Yes!  I decided I couldn't get away without listening to it - then immediately regretted it...  David Bowie's first album, released on Deram and arguably not at all in keeping with basically anything he's done since, to the extent that the album we all colloquially know as "Space Oddity" was released self titled a couple of years later and there was still little connection made between the two.

Now re-mastered and expanded into one of those impressively put together two-disk sets that are the big thing of the moment, there really wasn't much of an excuse I could offer for not giving this at least a cursory listen, despite my inability to conceive of any circumstances in which I would enjoy the contents.

Here we have a portrait of the artist as whimsical light entertainer, but comedy character pieces such as "She's Got Medals" and the risible "Uncle Arthur" rub elbows uncomfortably with the disturbing "Please Mr Gravedigger" and the acid-tongued poison pen picture of a clique, "Join The Gang".  Unsurprisingly I found the whole thing quite annoying, but I was wrong to omit this from the project - you cannot look at a piece of an artist's history, no matter how large, and expect to see the full picture.

None of this is to take away from the excellent reissue package.  Disk 1 features the original Stereo mix followed by the original Mono mix, which somewhat dulls the impact of "Please Mr Gravedigger" by striking up "Uncle Arthur" again straight afterwards.  Hearing is not my forte, but I understand this choice is the kind of thing that people like as part of their listening experience, so good for them.

Disk 2 has a number of singles, B-sides and unreleased mixes, along with a session for the BBC's Top Gear programme, though sadly his lap in the Reasonably Priced Car was wiped in the eighties, ha ha.  There's actually some good tracks on that, and I prefer "The Gospel According To Tony Day" and "Let Me Sleep Beside You" to anything on the album - so it's lucky for all of us this collection got put together, really.

It's a really interesting artefact, and one that I recommend everyone with an interest in Bowie hear at least once - in fact, you probably already have heard "Love You 'Til Tuesday" and infamous bonus track "The Laughing Gnome", so that's a toe in the water right there - but I'd be a dirty great liar if I said this would be visiting my stereo again anytime soon.

We apologise for this unscheduled interruption to "A Godawful Small Affair".  Those responsible for this obvious Terrance and Phillip homage have been thrown into the pit of fire.  To make up for this unwelcome diversion, we present this picture of a weasel: 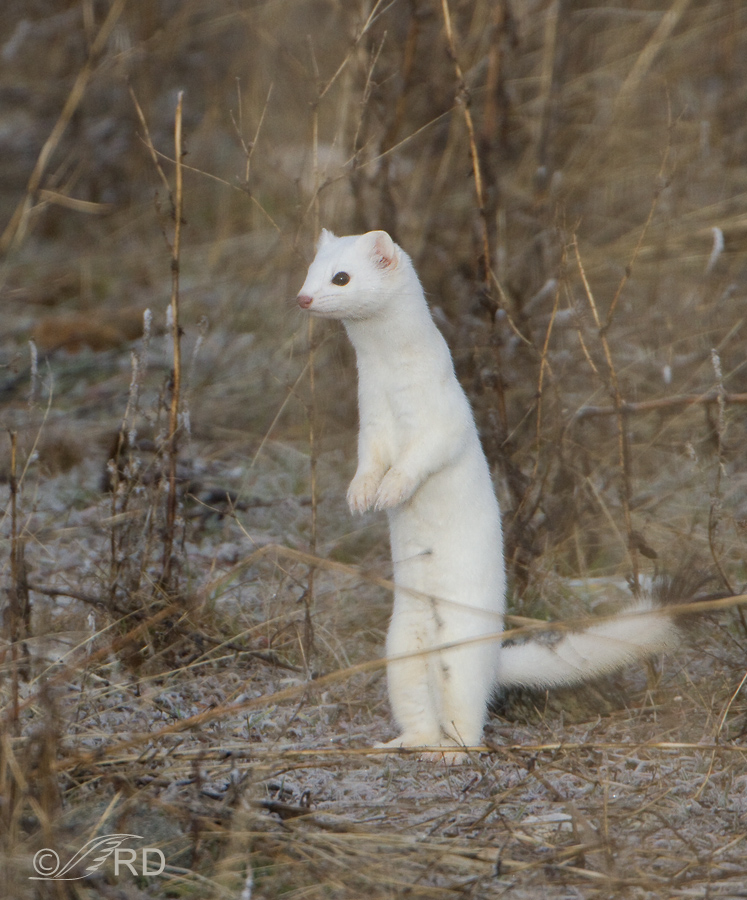 Join us next time when we really will look at Bowie's latest album, "The Next Day".  Oh, mercy!
Posted by G.F. Hirons at 7:00 am