* Bloody hell - we take our eyes off the ball for two minutes (er...  Or about three months, to be more realistic) and the whole blummin' thing goes ape crazy.  Let's take a look at the driver moves in medium depth - the only depth we do!

Insert final Canberra Milk Kid joke here.  Yes, we can no longer lazily post that video from YouTube in lieu of any jokes or anything to say - we'll actually have to come up with some material for once.  They've replaced him with Ricciardo, a younger Australian who stands as an important symbol of Red Bull's commitment to its driver development program, having come through the lower formulae and Toro Rosso to get his chance.

All upside for the team then, but for us the end of an era, as there's clearly no way that we can mine this deserving and talented gentleman for cheap, The Unfortunate Vitaly Petrov-style laughs.  We'll merely publish this photograph of him and offer our respectful congratulations. 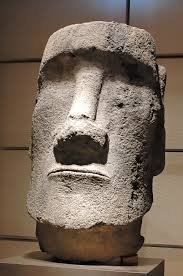 On the other hand, this could be the beginning of a beautiful relationship...﻿

* FERRARI
STAYING: Fernando Alonso
IN: Kimi Raikkonen (from the poorhouse, apparently)
OUT: Felipe Massa (to Williams)

We've covered this one before, so we'll be mercifully brief.  In notable developments since then we've had a tantrum from the Finn, who hasn't been paid for his graft this season and therefore decided to have a back operation early.  On the plus side for his new employers, this would have needed sorting anyway and at least he should be fully recovered by the dawn of the new season, ready to hound out the increasingly marginalised Alonso.

Speaking of marginalisation, the tactical genius that brought you the Schumacher Decade has been pushed out of the team he rescued from major manufacturer inertia and turned into championship winners in one year.  It's a cruel world.

It's official - Perez is the new Heikki Kovalainen, cruelly sacrificed during one of McLaren's occasional off-seasons.  Perez hasn't set the world alight and managed to upset teammate Button by scrapping a little too mercilessly with him, but looked to have done enough to secure a second season.  Magnusson, whose father Jan was spotted by Engine Blood winning the British F3 title at Silverstone some considerable time ago, must be something special to upset the continuity...

Whither the talent?  Admittedly Grosjean has looked increasingly mature since taking over as de facto team leader for the end of the season, but Moneynado's millions can't mask his appalling attitude at Williams since both parties tired of each other.  It's a real shame that the Enstone team can't find better finances given their impeccable pedigree - not least for Nico Hulkenberg, who was nailed on for the drive had the money been in place.

We're going to be talking about Hulkenberg quite a lot now, as he's the missing piece of the puzzle in a lot of the remaining moves, so buckle up for a wild ride!!!!!  (Note: not a guarantee)

* SAUBER
STAYING: Possibly Esteban Gutierrez; outside chance, Nico Hulkenberg
IN: Sergei Sirotkin (fresh from the womb); Adrian Sutil (from Force India, rumours only)
OUT: All, some, or none of the above

Sauber are also in financial strife, and hence also unlikely to keep Hulkenberg on if they can find someone with money.  Gutierrez helps maintain the links with Mexican finance, and step forward Sirotkin - barely out of the Russian equivalent of short trousers, and he's getting the call-up to F1, in a move seemingly designed to make us all feel very old indeed.   He may yet be denied the required superlicence, but Sauber have already run off with the roubles so it's all smiles for them.  Just to muddy the waters further, Slasher Sutil is rumoured to be joining up, but whether this is conditional on Sirotkin's status is currently unknown.

The driver market has turned on a few key moves, and McLaren's lunge for Magnusson is definitely up there - if Perez wasn't on the market, cheap to a Mercedes-engined team, then Engine Blood believes we'd be seeing a Hulkenberg-Sutil pairing confirmed here by now.  Whilst it's not set in stone yet, it seems F1 will be waving a cheery goodbye to stereotypical grumbling Scotsman DiResta, whose attitude and performances left much to be desired this year.  It appears he will sulk off to Indycar, banging on interminably about gear ratios as he goes.

In our last post, we had this message for Felipe Massa: "A little tip: anything Williams or below does not count."  Ignoring our sage advice, he's plumped for the route his good friend Rubinho took, straight down the grid to Williams.  Sigh.  If they get a decent car under him he can still perform (Christ, it seems like only yesterday we were saying this about Barrichello - how time flies), whilst Bottas has looked ever more impressive as the season has wound on, and no-one who remembers the early nineties is likely to entirely count Williams out.

We feel a little unfair lumping TORO ROSSO in here, but we covered Ricciardo elsewhere and Jean-Eric Vergne is staying put, so we need only mention that another young Russian named Daniil Kyvat will be taking the second seat.  After a very impressive first season at MARUSSIA, promising Frenchman Jules Bianchi will get a second crack at it, not least due to securing a Ferrari engine deal for the frankly rubbish team.  Finally, CATERHAM have both spots free, largely due to no-one in their right mind wanting them.  Heikki Kovalainen may come back, Giedo van der Garde may stay - and deserves to, after a respectable first season - and Charles Pic may not.

However the remaining cards may fall, Engine Blood will be there periodically throughout the season, probably more at the start before tailing off a bit towards the end of the year.  So remember to make us about your fourth stop for Formula One news, views and reactions, largely because we can't offer anything over and above what the more well-financed sites do.  Yay?  Yay.

Patience - Honda engines are back in 2015. They usually come with a pre-installed Japanese driver; just ask Satoru Nakajima, Ukyo Katayama, Takuma Sato, Kazuki Nakajima, Yuji Ide... You get my drift.

We'd put Kobayashi in a clear bracket above all those I've just quoted - Sakon Yamamoto! How did I forget him? - but any way he can get back in is fine with us.