A Godawful Small Affair: Eighteen "The Buddha of Suburbia"

COVER: Well, really it should be this one... 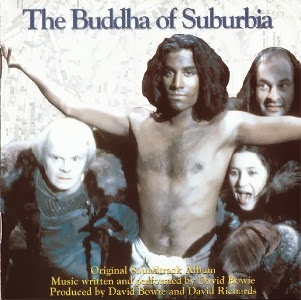 But that'd break the run of all-artist-centric covers, so here's the 2007 re-release... 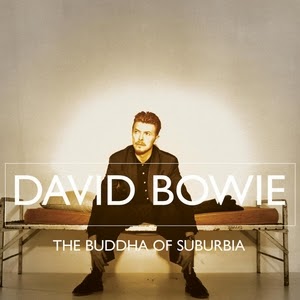 I'd like to pretend that the reason it took so long to write this piece was my reservations about whether this should be counted as an actual entry, or one of the ever-expanding "Extra Credit" series that has so far encompassed Iggy, Tin Machine and a soundtrack (but not "Labyrinth" - oh, lord, anything but "Labyrinth").

For this purports to be the original soundtrack album for the BBC adaptation of Hanif Kureishi's extremely well thought of and quite probably reasonably autobiographical novel "The Bud - you know what, I think we all know the title by now.  It's been on screen three times for heaven's sake.  I'm not here to spoonfeed you.  I'm barely here at all.

In the end, given that it seems little if any of the album wound up on the titular show, I'm going the whole hog and calling it a David Bowie Album.  Not that there's any shame in being a soundtrack, unless you're written by Murray Gold - it's just that this isn't one, instead being an expansion of some of the ideas he used in doing said project.

It's also really quite good.  It has a playful experimentation and a willingness to jump between styles, even including a return to more ambient instrumentals, yet despite its willingness to meander and stray, it's still pound for pound a more consistently good album than "Black Tie White Noise".

More future oriented than the false start of its predecessor - "Sex And The Church" may be hard to love, but it's inorganic qualities are beckoning us towards our next entry - yet similarly stocked with more standard pop fare like the title track and "Strangers When We Meet".  They intersect on the indescribable (bah! Lazy journalism, Hirons) "Bleed Like A Craze, Dad", a robust, funky and above all else, bloody weird little gem that always raises a smile with this lazy journalist.

Featuring Bowie mainstays Mike Garson, Erdal Kizilcay and Len...  Lenny Kravitz?  Must be a typo...  This is well worth a listen.  But anyone who knows me will know where we are know, and that I'm just getting this one out of the way.  Come ye back soon, friend, for what may be a Giant-Sized A Godawful Small Affair - it's time to defend MY David Bowie, industrial art rocker and rave granddad, as he takes us Outside one last time.

Join us next time as we fail to find out who's been wearing Miranda's clothes.
Posted by G.F. Hirons at 9:51 pm