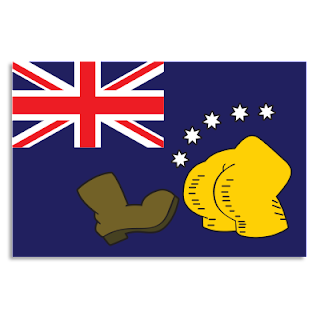 * A Darwin Award for Haas, who have maybe three races to capitalise on being the best midfield team before McLaren and Renault catch up, but instead somehow managed to not secure the wheels to their then-fourth and fifth placed cars - beating bloody Red Bull at that stage! - which in turn caused the safety car periods that gave Vettel the win;

* Other than that, business as usual.  Williams were shameful, but of course they would be, their drivers are foetuses; a Honda engine self-destructed, and for once Alonso wasn't on the receiving end; and Carlos Sainz had a whinge for no apparent reason;

* Valtteri Bottas, we hardly knew ye?  His contract is up at the end of the year, and with Ricciardo, Ocon and Wehrlein waiting in the wings, Toto may already be handing him his coat and saying "so you'll be off, then."  We're sure Williams would happily have him back;

* And finally, off the track: noted cockwomble Lewis Hamilton recently railed against the lack of diversity in Formula One.  And you know what - he's got a bit of a point.  He is currently the only non-Caucasian Formula One driver.

We'd argue that this isn't necessarily a problem with the sport, though it is definitely a problem for the sport.  It's more of a socio-economic problem; less black and West Asian families have the kind of disposable money necessary to be able to indulge their children in karting and other low-level motorsports, giving them no chance of being able to be spotted by sponsors or young driver programmes, meaning Lewis' own path to the sport is a pipe dream for almost everyone.

What they could really do with is a benefactor - someone who is earning an obscene amount of money, who instead of spending it on, say, recording albums that will never be heard in state-of-the-art recording facilities, or appeasing regimes that have terrible human rights records, or employing a phalanx of social network experts that still can't save him from shitting the bed with a transphobic tweet, could instead sponsor and mentor children that would otherwise not have the chance through those key early stages of their career.

But where would they find one of them, eh?