Read All About It: The TATP Book

You may remember me mentioning TATP (Talk About The Passion), one of the increasingly rare non-ironic popular culture coverage websites, on which I used to dabble in writing about everything from Batman videogames to...  Er, some other stuff.

It was a great site, and it spawned an equally great magazine, which ran for several issues in that sadly dying medium before... You know what?  Go and read Tim's version instead, as I'm very tired and he's put it extremely well.

Now, the site that spawned a magazine has spawned a best-of book: 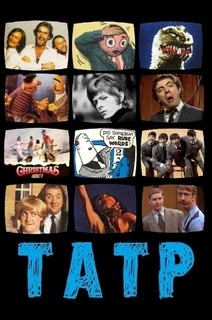 Email ThisBlogThis!Share to TwitterShare to FacebookShare to Pinterest
Labels: Read All About It